Our Projects for Children

We perform these workshops and assembly presentations thanks to support from the Borowsky Family Foundation and the Philadelphia Cultural Fund. 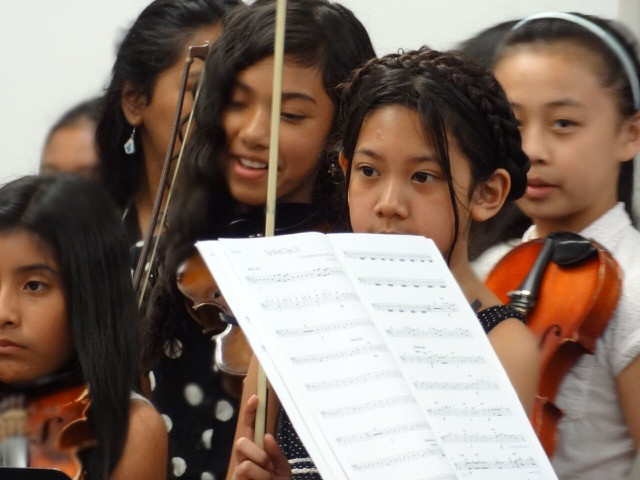 Established in 2011 when Lloyd, who had been writing music for students to perform side by side with our ensemble in the Philadelphia public schools since 2008, tried the idea of helping instrumental music students compose their own pieces by conducting composing workshops. Students would play anything from a few notes shyly offered, complete melodies, rhythmic ideas, and “plot ideas” for the kind of piece they would like to create. Out of this comes a wealth of random musical ideas which Lloyd organizes into a coherent piece of music for those students to perform with our ensemble. He has worked with many elementary schools and two high schools in the School District of Philadelphia and elsewhere. He prints out parts and score and delivers them to the instrumental music teacher, who then works with the students to help them learn to play it. We then schedule a program for a school assembly, where we rehearse their new piece beforehand and then present a short program of music from around the world with their own new piece as the highlight of the program. This project has been funded by various sources, including the Philadelphia Cultural Fund, PNC Bank, and the Borowsky Family Foundation.

Over the years, compositions with titles such as “The World Tour,” “The Great Commotion,” “The Mash of the Century,” “The McKinley School Dances,” “400 Strings,” “A New Beginning — a Delicate Triumph,” and “Masterman Madness — the Rising Tide” have been inspiring students as they have opened doors to creativity most students did not suspect they possessed. 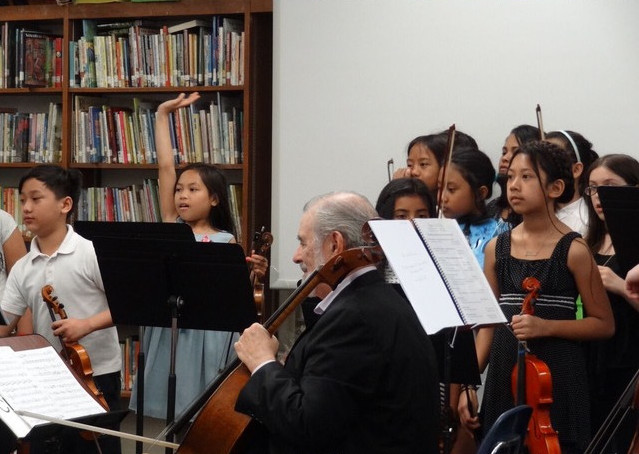 Paraguayan galop, “Danza de Luzma” by Rolando Ortiz; “The Elephant” by Saint-Saëns  (French); “No One Can Stop Me Now” (North African sounds composed by Austrian harpist Monika Stadler); “Toccata and Ciaconna” by Romanian composer Marcel Farago; and “The World Tour” with music from China, Cambodia, Viet Nam, Korea, Algeria, and Mexico. This is followed by the students’ own composition. Both the World Tour and the new composition are performed by the students and our ensemble playing together.

We have gotten many very positive comments from students who overcame shyness or fear to contribute their musical ideas, and who discovered that they could really create their own original music and that it was quite good. When we rehearse their new pieces, the shock of recognition as their own ideas come to life as an integral part of the music is wonderfully transformative in their creative lives and will strengthen dramatically the positive effect music — learning to play, learning to hear, learning to imagine their own music — has on their minds, their emotions, their struggle to master their instruments, and their sense of worth.

One elementary school student said how nervous she was to play something of her own, but she overcame her fear and played a beautiful, complete melody which became the backbone of that school’s piece of music. I saw her recently — she is now a student at Harvard University and said how grateful she was for the chance to face her fears in our workshop. Another high school student said how moved she was when she heard her own music in the final piece (“A real heart throb moment”), and how much that moment meant to her. 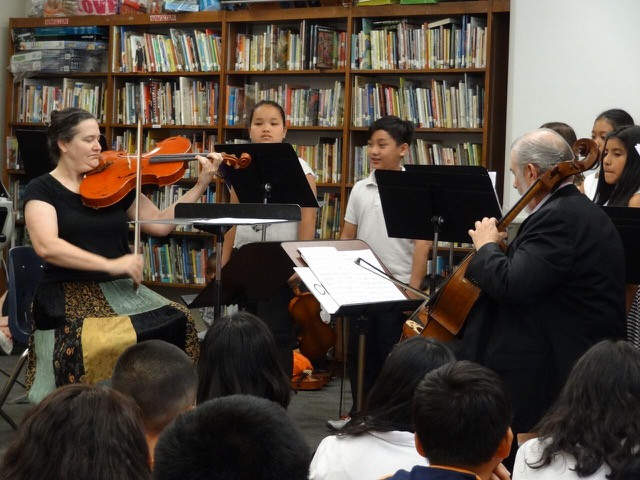 Typical thank you notes from teachers: “This is amazing! The students are going to love it! Thank you so much! I can’t wait to teach it to them.” “Thank you for dropping off the music for the students! You have so completely intertwined all of the many musical ideas that the students presented — into a great, playable piece! The students were so excited when they came in this morning to see the music. Thank you again — this means so much to the students!” “I especially liked the Boccherini skit and the harp vs. bass competition. It was great how you got the students involved in various ways. My students put their all into this project and I was really pleased with their performance. I was really moved by your ensemble’s beautiful playing. It would be a privilege to work on a project again in the future.”